This race was named in memory of Émilie Mondor, the first Canadian woman to run a sub-15:00 5K and a member of Team Canada at the 2004 Olympics. Originally from Mascouche, Quebec, she was living in Ottawa training for the marathon when she died in a car accident in the fall of 2006. 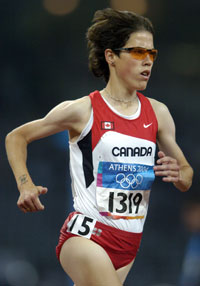 The race has always been championed by Ken Parker coach of the OAC women’s racing team, the man behind the Runners Web and a strong advocate for women’s running.

When interviewed about the race in 2007 he said “I want a woman to win the race, not a man won the race and so-and-so was the first woman,” “I wanted them not only to have the chance, but the responsibility. To have to run with the pace car and break the tape.” (The Ottawa Citizen , 2007). From the beginning this event has attracted a strong field. The course record held by Rachel Hannah is 15.57.5. and most years at least 20 women run it in under 20 minutes. Making it one of the, if not the fastest women’s 5K’s in Canada each year.

Having said that the race is a celebration of women’s running which includes runners of all ages and abilities. There were three women over 70 in this year’s event and the runners were still coming in well past the 45 minute mark.

The event also includes a 1k for kids and a very cute tot trot which is makes everyone smile. 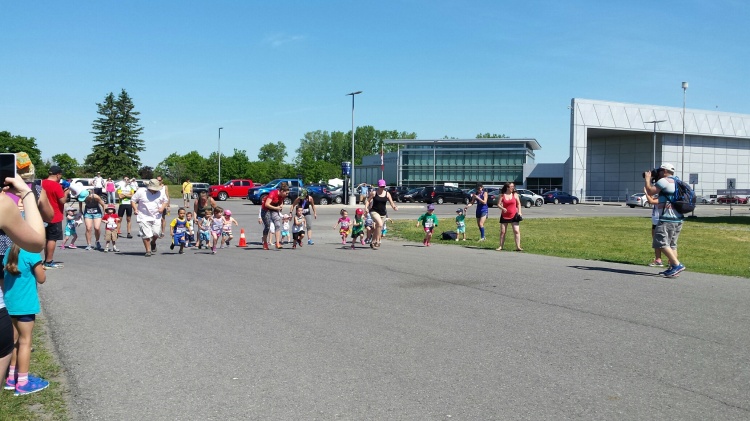 This year’s 1k winner, Sarah Djillali  was in the 9-10 year old category she ran a 3.59 km and she had beautiful form. It was a pleasure to watch! 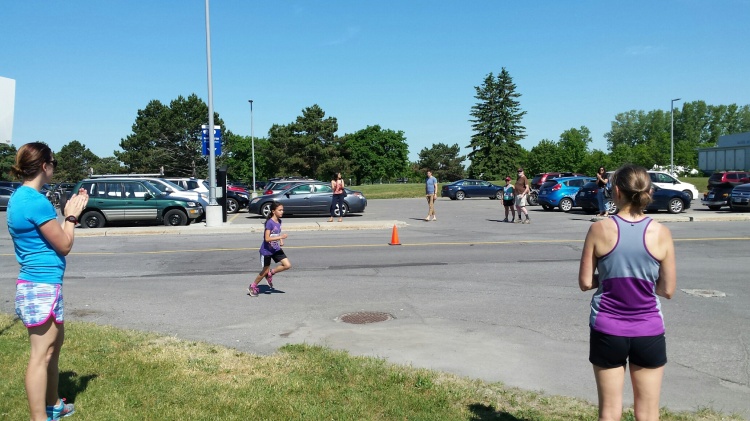 The 5k is run on the aviation parkway. Starting on the overpass by the aviation museum. It has mats every km and true to Ken Parker’s vision we had a Run Ottawa pace car. 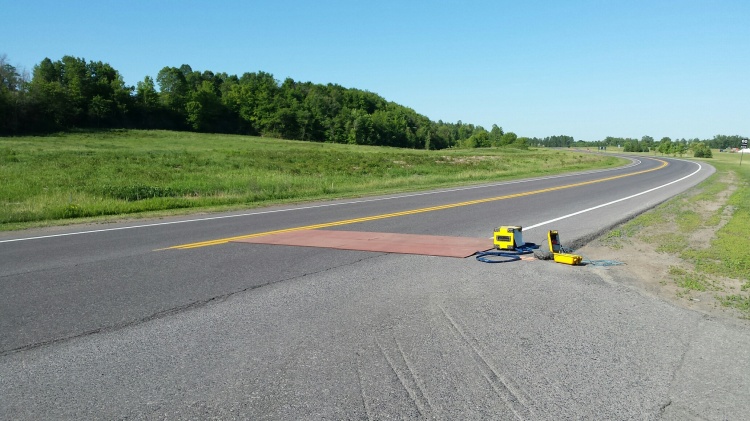 The first km is net downhill, the turn- around is just short of the half way point and you pay the price for the downhill in the 1st km in the 4th. The last km is only tough because it’s the last km of a 5km race. 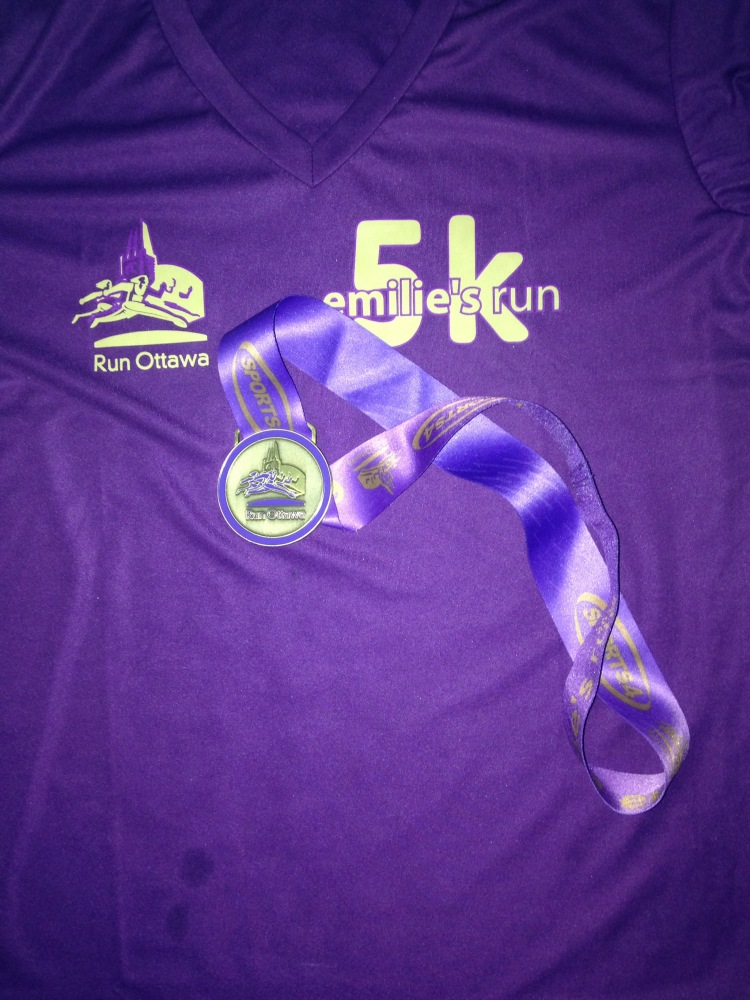 I had no great expectations. I am currently training for Ironman Mt Tremblant. So although I was feeling pretty good about my ability to make it to the finish line, my current training plan is not really geared towards a fast 5k. I did run my PB on this course, many years ago, in 2009.

I did not start at the front. The ladies there were all pretty friendly but I am 53 and most of them were closer to my daughter’s age than mine. I like my daughter’s friends but I am quite happy to let anyone that age out run me. I was also concerned about getting caught in the sub 3;30 km I knew would happen at the front. I “might” be able to run 1 km at that speed but I know I can’t run 2 let alone 5!

I started behind the contenders but in front of the pack. My first km was fast as predicted but it was not crazy fast. I passed a few women and was 27th in 3.50 at the 1k mark (did I mention we had mats every km!), my chip did not work on the 2nd mat but I recall thinking “thank goodness only 3 more to go” followed by “Ok, where is the turn-around because I am ready to be done soon”. I grabbed some water, barely noticed the belly dancers and I passed the 3k mat holding a 3.59 pace in 22nd. I lost some time as expected, in the 4th km 4.07 and managed not to collapse and to gain two places with a 4.01 last km.

I have not run sub 20 minutes in a number of years so I was pretty excited to see the time clock still below 20 minutes as I entered the final stretch. I just kept telling myself sub 20! I “limbo-ed in” at 19.58 which as my husband pointed out is sub 20 because if I had run 20.01 I would have said it was over 20.

Thank you to Run Ottawa for a great event and to Ken Parker for a vision!