We rented a scouter for the day for 200,000 VND. We rode through Duong Dong and followed the highway towards Bai Thom beach we made it as far as the war memorial where we turned around because it looked like a longer trip that we wanted across the island. 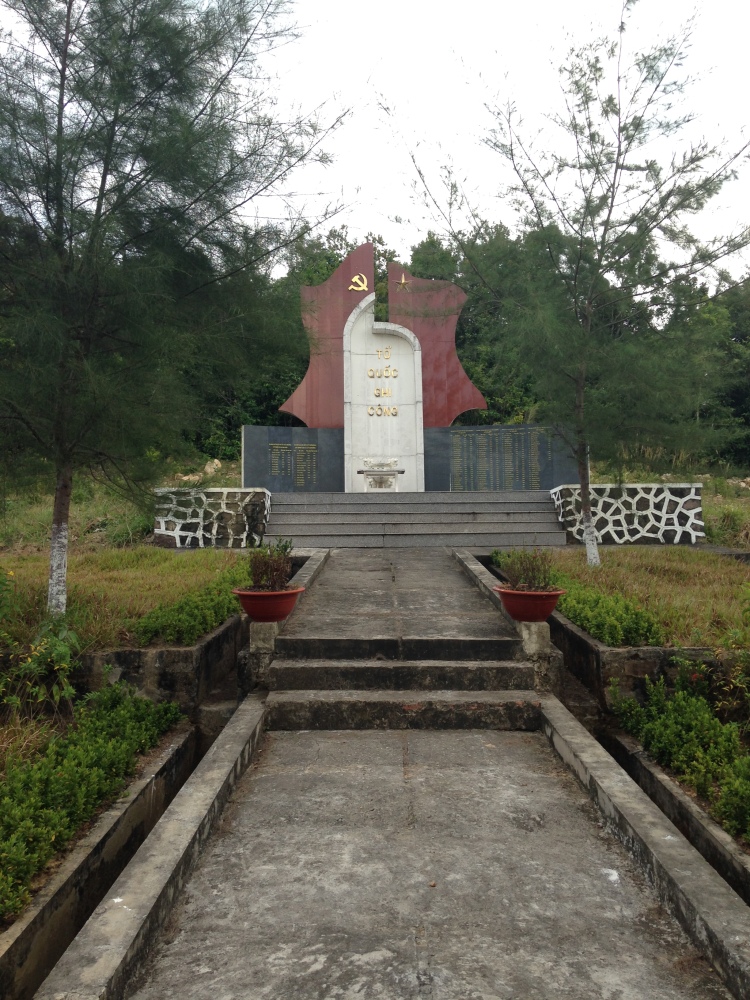 We took secondary roads that were paved and rode past farms of bees and peppers to Bai Dai fishing port. It was an active spot and we saw many DIY boats, basically Styrofoam platforms with motors.

We continued up the coast towards Ganh Dau past Vinpeal Land  and Safari.

Vinpearl land is a sort of  Vietnamese Disneyland. It’s a massive amusement park surrounded by fancy hotels, with gold courses, green grass, electric golf carts and it even has it’s own hospital for medical tourism. It is a truly bizarre sight between two small rural villages and they are building more!

We continued on to Ganh Dau a rural village with lots of stalls and restaurants on the street. We bought buns of some type from the local bakery for 10,000 VND and some oranges. The oranges were 40,000 VND for 1 kg. We did not want that many but we could not explain it so we ended up with lots of oranges.

Our destination was Bai Ganh Dai (dai being beach) we found it but like many other places in Phu Quoc the big hotels go right to the water so it’s hard to go to the beach if you are not staying in one. We found an empty lot and used it to get to the water. The beach was OK but the lot was full of garbage.

Phu Quoc has beautiful water and sand but it’s not clear how the locals actually get to use it! Other than by sitting in groups in abandoned lots.

We rode to Cua Con through villages with houses built right over the river. We passed a man walking down the road with a chicken under his arm! We did not find the beach at Cua Can but we did find Bai Ong Lang between the hotels which was the nicest non-hotel beach we had found.

There were places to sit! We drove home the long was to avoid “rush hour” . The old airport runways are now used by the local cows!

We returned the scooter and bought two beers at our favorite local store. The clerk was watching soap operas on TV. This is very common here but they are a bit lost on us as we can’t understand a word. We had fish BBQ on the beach for diner our most expensive meal to date at 400,000 VND it was OK but over spiced so you could not really tell one fish from another.

We paid $17 US each for this tour to the North Islands. It started out well as we were actually picked up on time! We took a bus to the harbor at Duong Dong and a boat from there to turtle island. 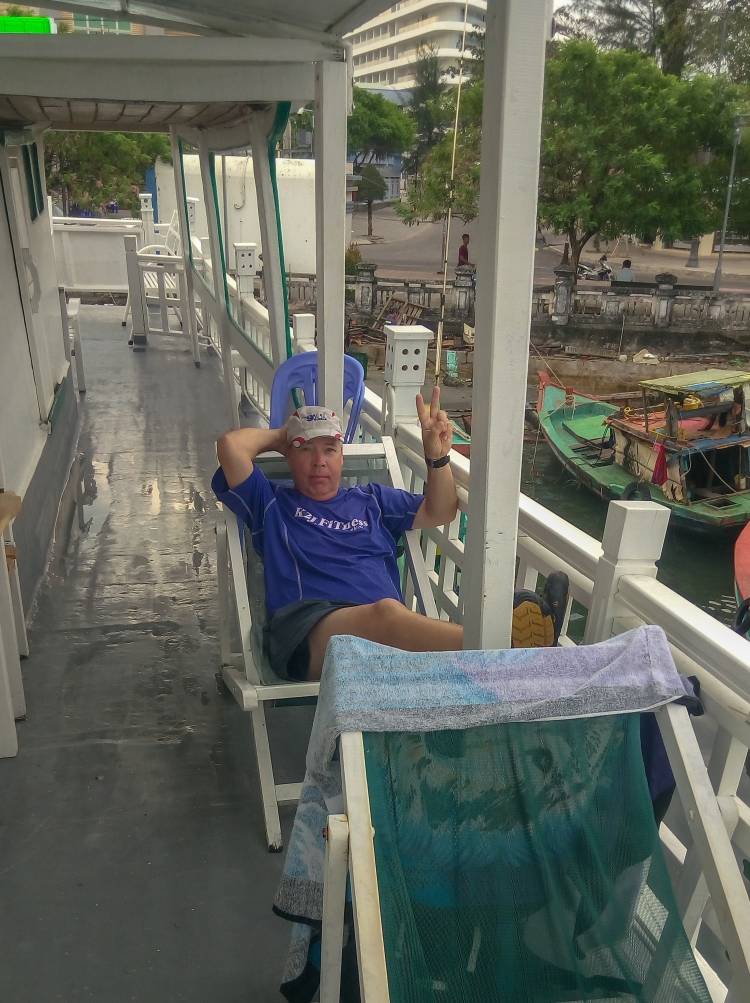 The tour used to go to fingernail Island but they are building on it now so the tours don’t stop there. It was a long ride to the island.

There were lots of cool fishing boats in the harbor with people living on them and as you get further off shore you see Cambodia clearly it’s not far away. The snorkeling was actually better than it was in the south islands which is the opposite of what we had read. We saw parrot fish, angel fish and the biggest anemone I have ever seen. There was a good amount of coral too. We had lunch on the boat and when we landed back in Duong Dang we stayed there rather than going back to the hotel.

We visited the shrine in the harbor which has a light house. They are building a cruise ship Terminal…so go now before it’s too late! 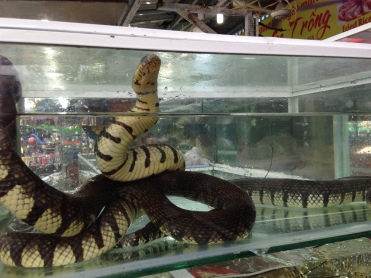 We walked through the market again and admired all the “fresh” seafood some of which I most definitely would avoid eating! Squid, sea snakes and all kinds of stuff. We walked back along the beach and ate at JJ’s again.

We enjoyed the Island but I think it will change with all the development. Go now…

One thought on “Phu Quoc Vietnam- North on Land and Sea”