We took a bus tour to My Son a group of abandoned Hindu temples built between the 4th and 14th century by the Cham. The bus tour with a boat ride back, lunch and an English speaking guide was 200,000 VND plus the 150,000 VND entry fee for My Son. 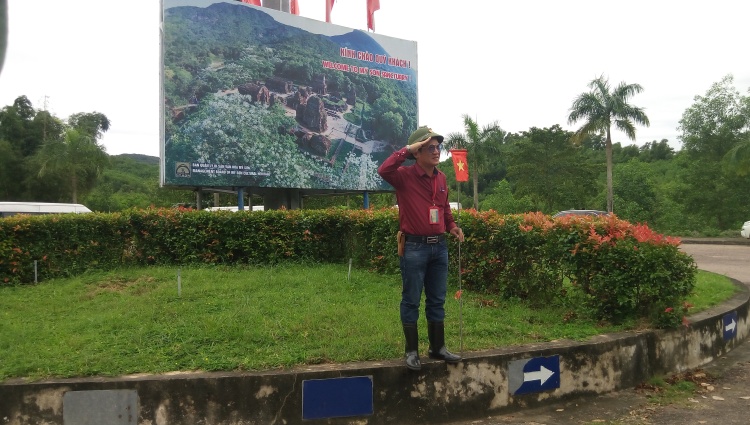 The bus was full and the tour guide was excellent. He spoke very good English and he was pretty funny. Ex Viet Com and proud of it. He asked if there were any Americans and then asked them to please not bomb them again and to please not bomb North Korea. He claimed to be the best tour guide in Vietnam and we made it a point to explain that we were Canadian not American.  We did see a few Americans in Vietnam but there were not a lot of them.  Our guide hopped on and off the bus at various points along the road and got on a different one. Turns out he was guiding two buses. 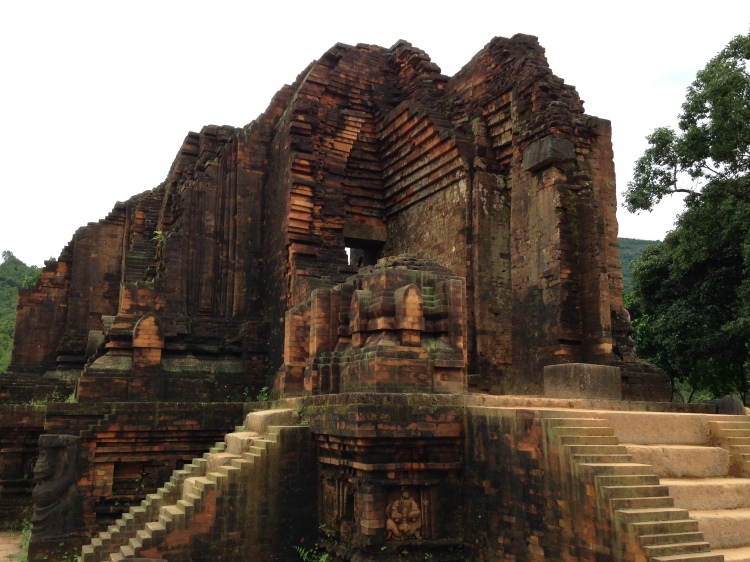 My Son is a one hour, 50k ride into the jungle from Hoi An. When you arrive you take a 2 km ride in an electric car to the actual site which is included in the entry fee. My Son is older than Angkor Wat. It was re- discovered by the French in the 18th century. They removed many of the artifacts including the heads of many of the statues.

The site was also bombed heavily by the US during the war. There are bomb craters all over the place. 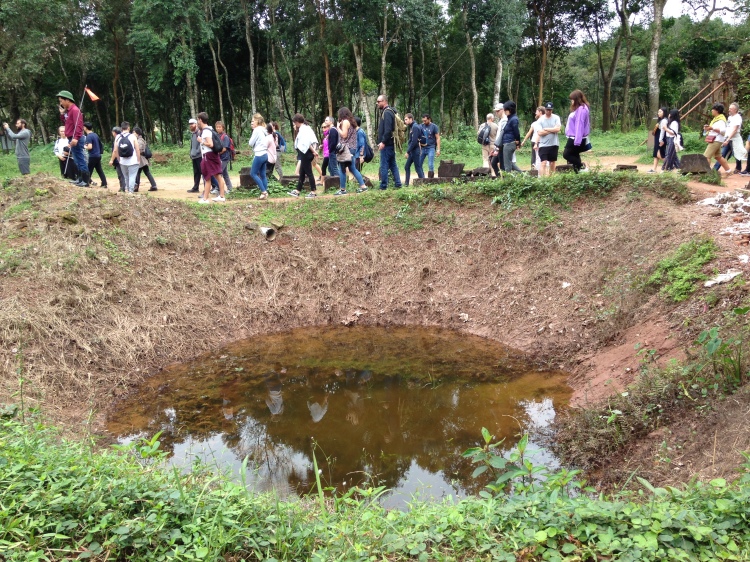 My Son was a place of worship primarily to Shiva the Hindi God of destruction. 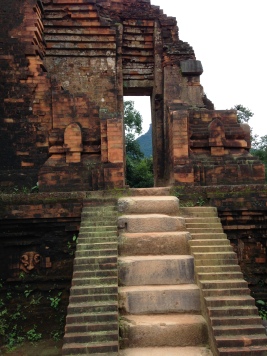 Our guide explained that UNESCO groups have tried to repair some of the buildings and to this day they don’t know how the bricks were held together. The old bricks are weathering better than the new ones.

The site includes several alters which represent male and female parts and many large lingas which gave our guide many opportunities to work on his stand-up routine.

The site is not anywhere near is large as Angkor Wat  but it definately worth the trip. There are not a lot of signs so having a guide was very useful. You can visit without one.   We returned to Hoi An on a boat that was named Titanic! Lunch was rice and vegetables and we were dropped off in town.

One thought on “My Son – Daytrip from Hoi An Vietnam”