From Hue had planned to ride bikes to Thanh Toan Bridge a Japanese bridge in the country about 7 km east of Hue it’s the sister bridge to the Japanese bride in Hoi An. The plan was to use it as a destination for a nice ride through the country. Unfortunately, it was cold and wet. We went out on foot to the Ben Ngu Market which is very Asian and local. We were the only tourists. Lots of food, useful household items and no tourist goodies. 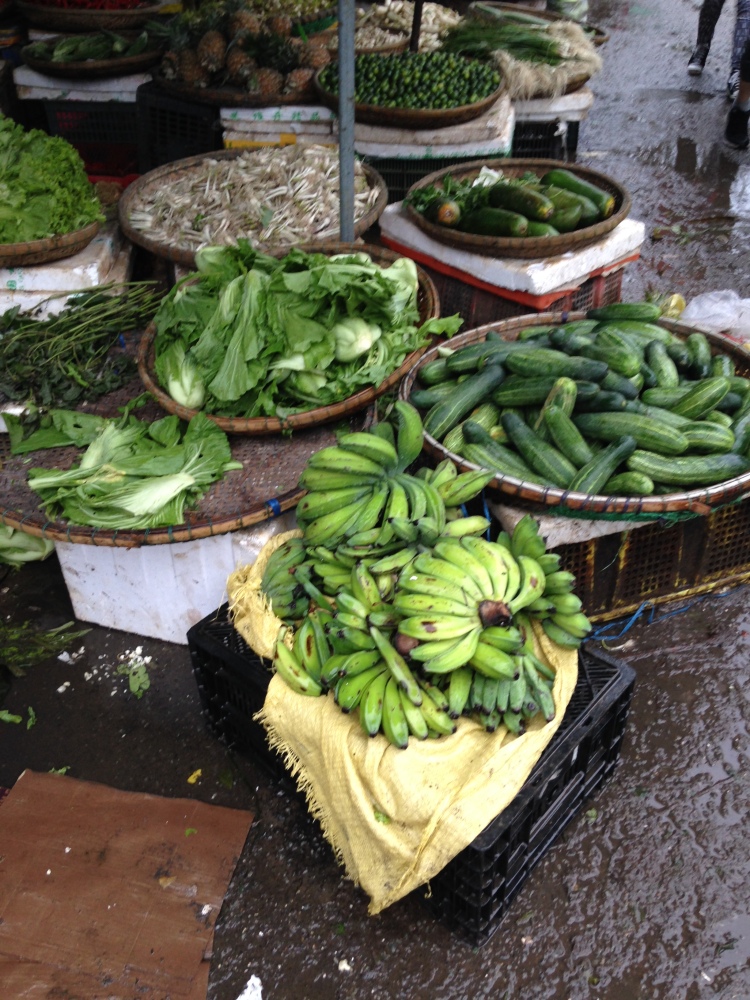 By 4:00 pm it had dried out a bit so we walked across the bridge to the Dong Ba Market which is much larger than the Ben Ngu Market. Local goods and food but also tourist stuff and tourists. There is a co-op market next door which is a bit like a Vietnamese Walmart – OK Not really but they have food and clothes and the prices are cheaper than they are at the small local shops. We bought cookies! 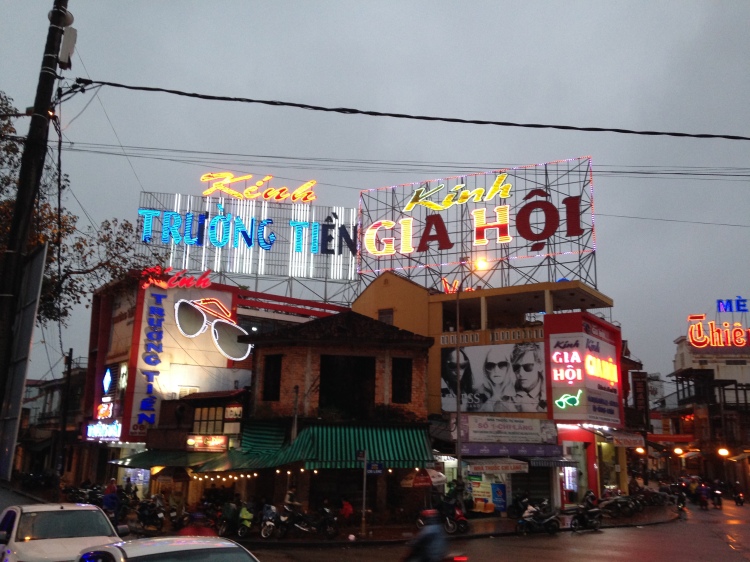 From there we went to the Tu Dam Pagoda which we had all to ourselves in the rain. It looked kind of pretty in a wet sort of way. 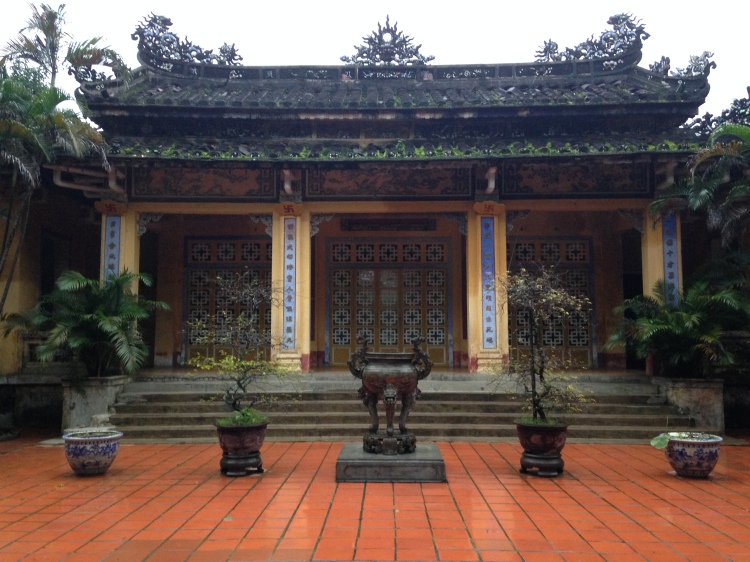 We headed back to the area around the hotel and ate at the Gecko which was one of the most western places we had been to in Vietnam. In general we pick restaurants based on the price of beer, the cheaper the better. We also look for restaurants with no western food on the menu but they can be hard to find!

The next day we took a bus from Hue to Hoi An for $5 US each. If was Café Hana again which is definitely a step down from some of the other bus companies. No bathrooms, a 30 minute stop along the way and the bus was pretty dirty. The air conditioning in the bus was on full blast. This is a common problem on buses in hot countries. I have no idea why? All the vents were broken but I did manage to close mine with a plastic spoon and some creativity. Harold did not even have a vent to close it was just a hole so he stuffed his lightweight Gortex jacket in it. Unfortunately he forgot to take it out when we got off the bus so our $5 trip was rather pricey.

In general the highways in Vietnam are in good shape. We passed through Danang on the way to Hoi An. 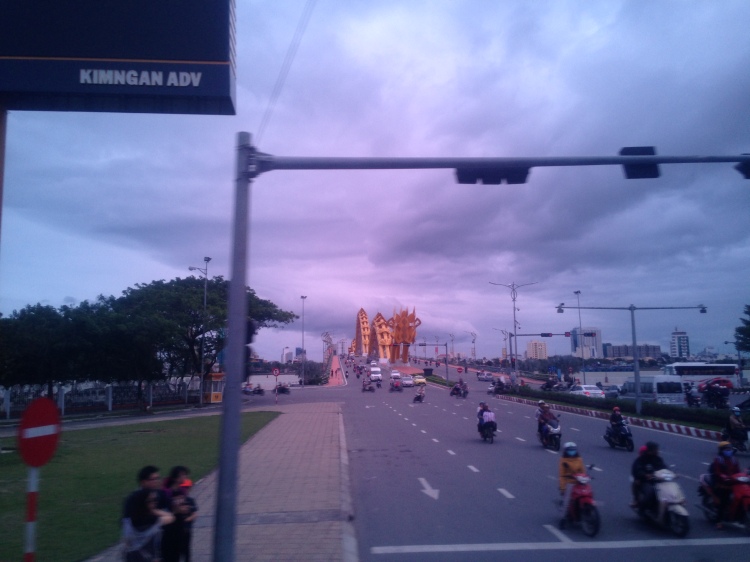 The 120 km trip took over 4 hours we could almost have cycled it in that time. Along with the 30 minute coffee stop we had a short mystery stop where the driver and his helper got out with a wrench and flashlight and then came back on after a bit of banging.