El Pilar is a largely undeveloped Mayan site in the jungle about 7 miles past Bullet Tree Falls. With 25 plazas and 70 major structures it’s actually three times the size of Xunantunich but very little of it has been excavated. It’s 500 m from the Guatemalan border.

There is a regular bus to Bullet Tree Falls which leaves from the dirt parking lot by the river and the market not from the town square. We took the bus for $1.50 B and arrived safely in Bullet Tree Falls. Which is not a big place. Rough guide suggested that we would be able to rent bikes at Cohune Palms River Cabanas so we used a combination of street signs, guide books and asking amused locals and eventually found the Cabanas and Mike the owner. He told us they no longer rented bikes but it is a beautiful spot which looked like a great place to stay if you wanted to be out of the hustle of San Ignacio. 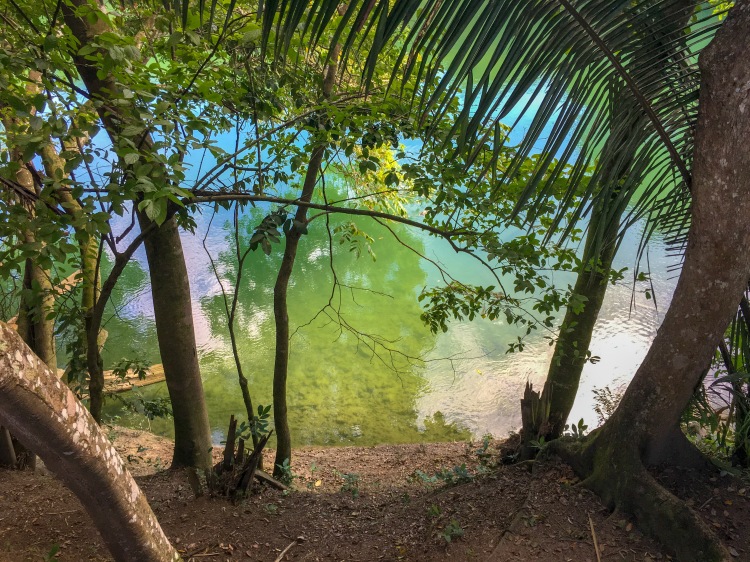 Mike along with everyone else at the Cabanas was highly amused at our idea of riding bikes to El Pilar. They all thought we were crazy and that we would never make it. He got on the phone and found Silvan who was willing to drive us to El Pilar and back for $60 US. It was a little more than we had planned on but we did it anyway. It turned out to be well worth the money. Silvan was great. We asked him all kinds of questions about life in Belize and he was happy to answer them all.

The road to El Pilar is very rough. A four wheel drive is definitely required. There are big holes in the road some of which are full of water of unknown depth and large boulders. We probably could have made it on mountain bikes but it would have been a very slow trip.

When we arrived at El Pilar we were the only tourists there. It was just us Silvan and the two people who worked there. Although he was only supposed to drive us Silvan insisted on walking around with us and showing us the highlights he told us we were now his family and he was there to take care of us. 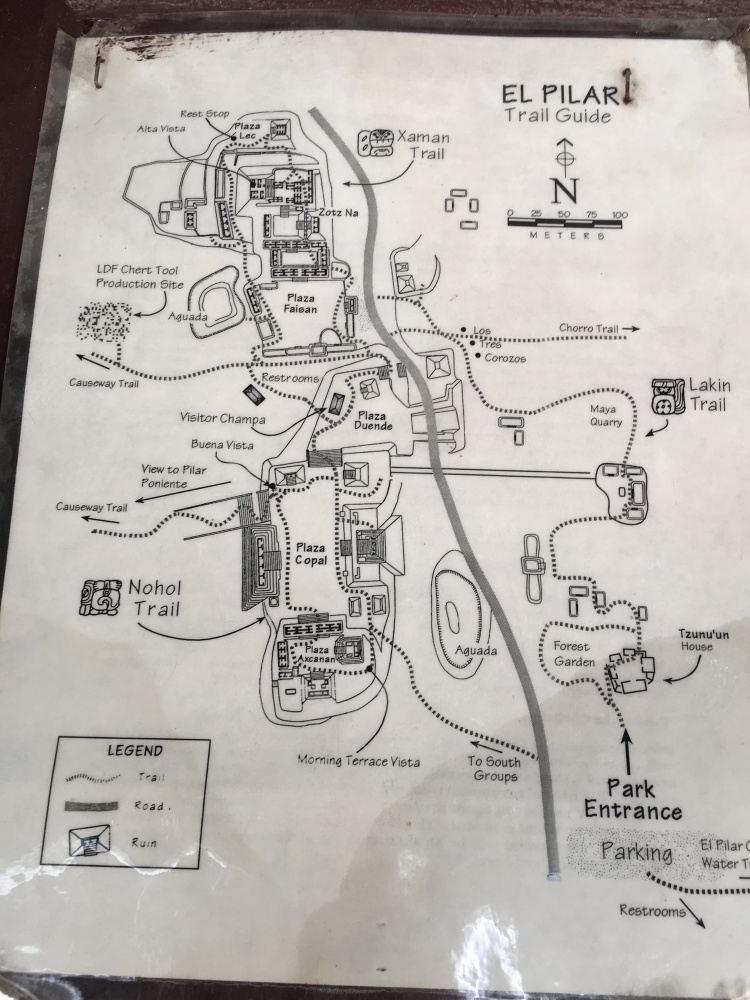 Silvan had actually worked on the excavations until the money ran out. There are a few areas which have been uncovered but most of the site is jungle. 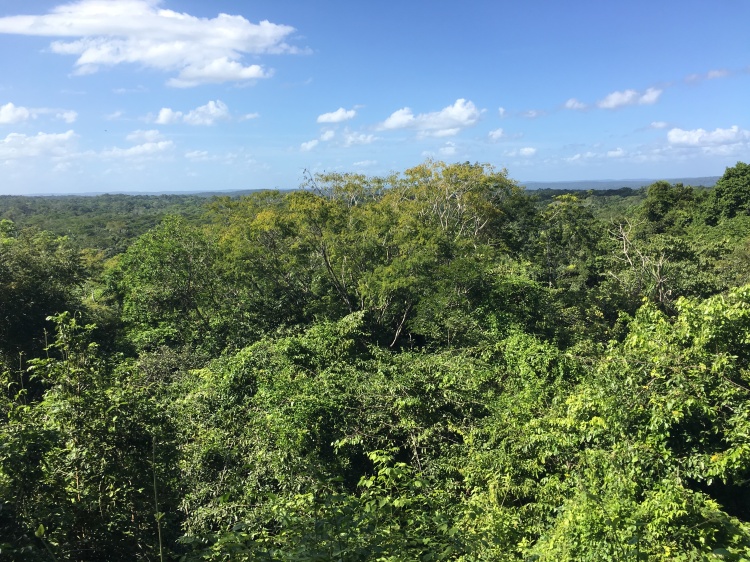 It’s a nice walk through the jungle with some great views and a few signs to tell you where you are. You can hire a guide but we had Silvan so we did not need one. 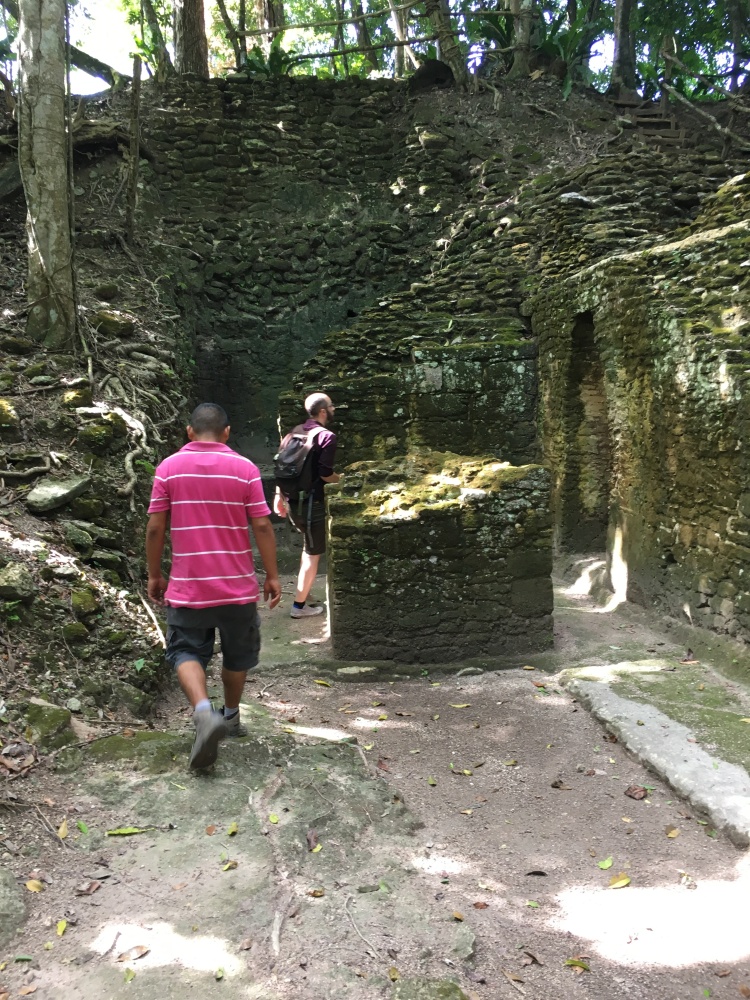 El Pilar and the road to it are pretty isolated. On the way back from El Pilar we came across an SUV in the middle of the road. The hazard lights were on and there was no one in it. Silvan drove around it and kept going. He later explained that normally he would of course help anyone who needed it but the whole thing looked wrong. He did not recognise the car and it made no sense that there was no one with it as we had not passed any cars that could have picked anyone up. He also told us that a group of tourists had been robbed on this road and the women in the group raped a few years ago. I can’t explain why but the SUV felt wrong to me too so I was glad when we did not stop. It may have been nothing or there may have been someone in the jungle waiting for us to stop. The areas close to the boarder are home to poachers from Guatemala and not considered completely safe. The incident with the car convinced me more than anything else that going off the beaten path without a local is probably not a good idea this close to the border and riding bikes to El Pilar would have been pretty dumb.

In general there was less military presence by the boarder when we were in San Ignacio in 2019 than there was in 2017 but the boarder with Guatemala is still disputed. Guatemala claims that most of Belize should be part of Guatemala. This dates back to an 1859 treaty between Guatemala and the British. In 1946 Guatemala tried to declare the treaty null and void and they have been arguing about it ever since. Both Guatemala and Belize have now voted to have the dispute sent to the International Court of Justice. A common opinion we herd was Guatemala did not look after their jungle and wildlife and now they want ours.

Silvan drove us back to town so we saved $1.50B on bus fare!

One thought on “El Pilar and Bullet Tree Falls”