We took a taxi to Mindo Ropes and Canopy to go zip lining above the forest canopy. There were two guides and the two of us. The zip lines and equipment were new and modern and the guides were young and enthusiastic. We had a blast, highly recommended!

From there we walked up the road to the Tarabita y Santuario de Cascadas Mindo . We took the 530 meter cable car across the Nambillo River Canyon high above the top of the forest. 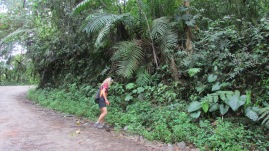 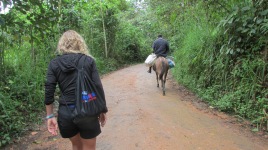 There are serveal waterfalls on the other side and two directions of travel we started going one way and stopped at the Cascade Nambillo. There was a platform for jumping in which appeared to be privately owned and highly dangerous. The owner chased us off as we had no interest in jumping.

We walked back to the cable car and along the trail in the other direction. There were less people and we found ourselves almost alone. The final waterfall was well worth the trip. 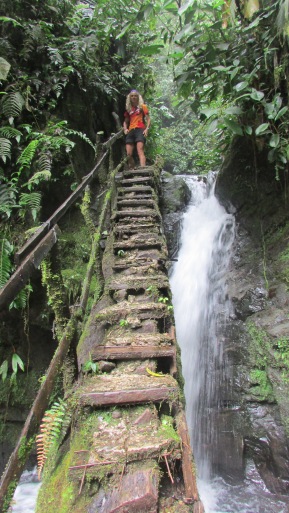 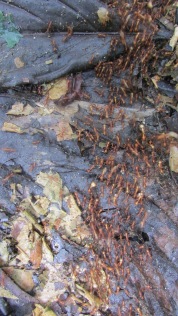 We hurried back concerned that the cable car closed at 5 and it did not appear to us that anyone was keeping track of how many people where on the wrong side (there was no obvious way out of the jungle other than the car) and we were not looking to spend the night in the open with the spiders and snakes! We made it back in time and as instructed we banged on the railing. The cable car soon appeared to take us back. We walked back to town. Easy to do because it was basically downhill and there was only one road so you could not get lost. 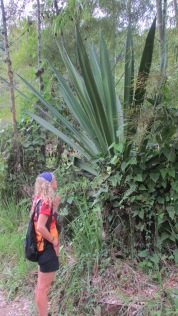 There are various privately owned trails into the cloud forest which you pay to use. We hiked the one through the Las Tangaras Reserve home of the cock-on-rock on a rainy day (all days in Mindo are at least slightly rainy). It was a bit of a challenge as we only had shoes (the locals all wear rain boots and it you are doing any amount of this kind of walking they are highly recommended). 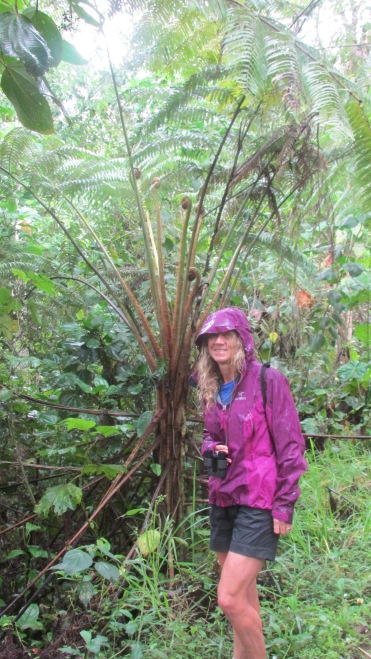 The mud was very deep in places and the final bridge was one person at a time only but we ended up at a bird refuge famous for the cock on rock. We expected a Spanish welcome but the refuge was staffed by a volunteer couple from the US who had only been in the country for a few weeks. We bought coffee and watched the numerous humming birds at the feeders. 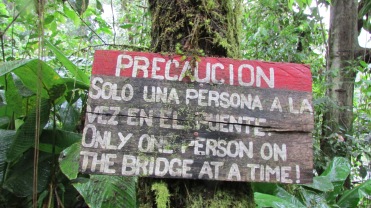 Our last adventure in Mindo was a guided night tour to see frogs and hear them sing in the forest. It included a very small glass of wine. The guide found all kinds of things none of the rest of us would have found. The tour was entirely in Spanish so we missed some of the details. 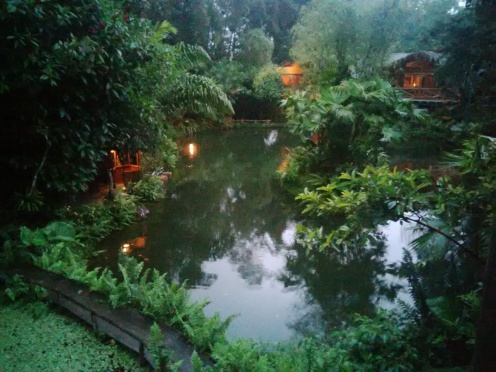 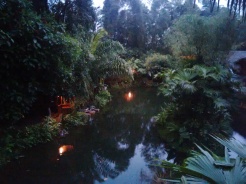 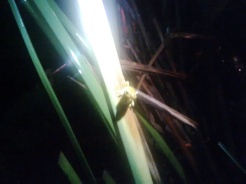 The downside to Mindo was that it was always damp. Once our clothes got wet we could not get them dry. Hanging them up just made them damper. We were starting to feel moldy so we took the earlier bus back to Quito. We dropped out bags at WeHELP in Plaza Fosh which will store bags for a fee and went on a final walk about in Quito. 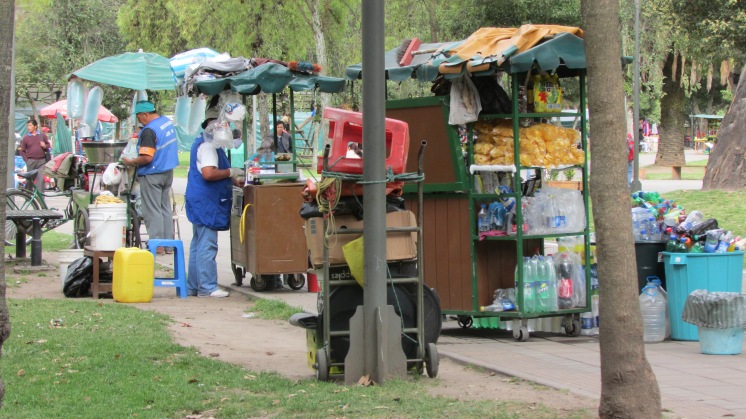 We stopped at the Mercado Artesanal La Mariscal which is not as big as Otavalo but it’s huge. This allowed us to stock up on all the things we had not purchased earlier on the trip because we did not want to carry them. A couple of alpaca blankets which are now the favorites of the family including the cat. At the end of the day we headed back to Quito Airport and home to Ottawa. United managed to lose all of our bags in Dallas. It took serveal days to get them back which was unfortunate because everything was still damp and slightly muddy from Mindo!

Overall great country, great trip and we would go back in a minute!