I took a bunch of years off but I started my running journey as a high school cross country runner in New Brunswick many, many years ago. I actually ran at the Canadian Cross Country Championships in Ottawa in 1977 (I think we ran on a golf course somewhere), Stanley Park, Vancouver in 1978 and Halifax in 1979. Halifax in 1979 was my last cross country race.  Back then there was no Sportstats so I have no results to look back on. I did keep my number and the program from Vancouver and I see from the program I ran the Jr women’s race. 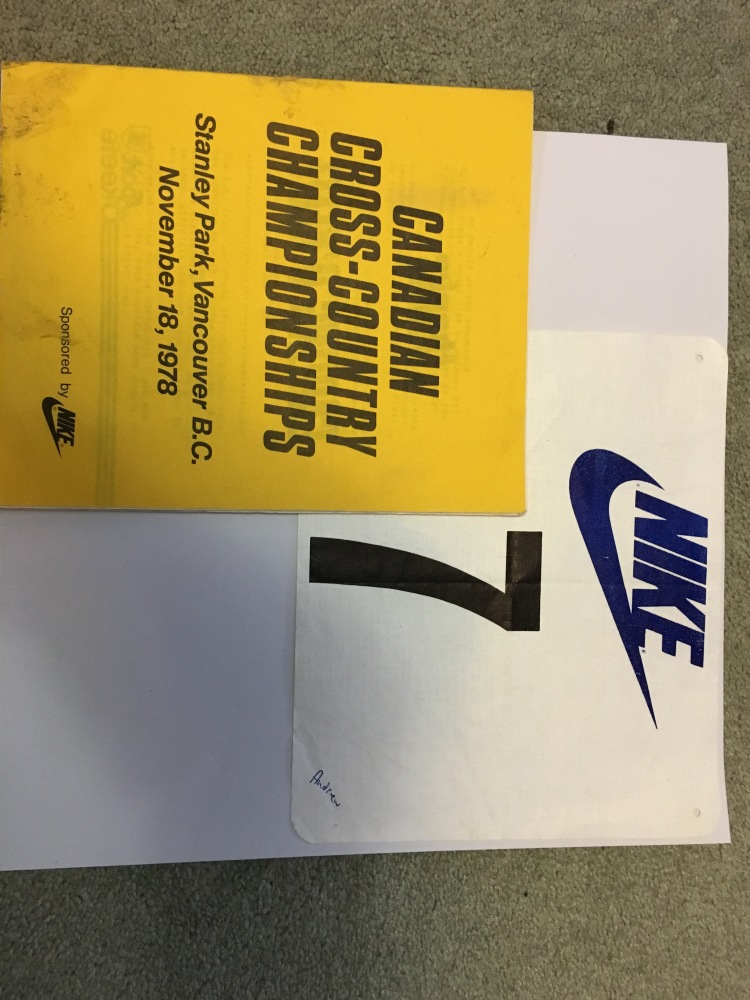 What I remember most from the race was the after party in the Vancouver Aquarium where we ate and drank between the fish tanks while the fish watched. I am quite sure I drank more than just soft drinks and I know I was 17 at the time.

This year the National Cross Country Championships were held close to home so I thought I would go back to my roots and run. We drove down to Fort Henry in Kingston on Saturday morning and arrived to find a field full of very fit looking runners, parking lots of school busses and motor coaches, tents of various shapes and sizes and lots of mud. It was just like I remembered it only 37 years later. 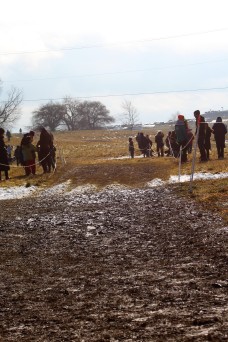 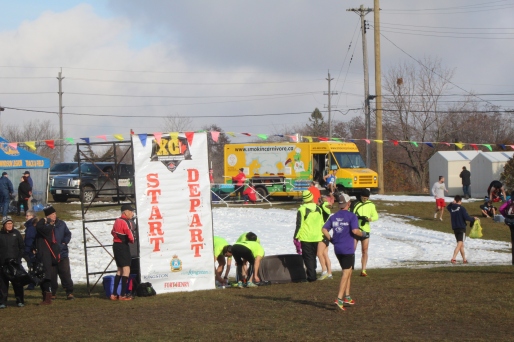 It occurred to me that the only competitors who were even alive the last time I ran cross country were my fellow masters runners!

Our race was scheduled after the U16 and community races but before the big ticket JR and SR men’s and women’s events. Good news because I did not have spikes and as I recall each race adds a little more depth to the mud! After a somewhat brief warm-up we watched the community 2.5 and 5k races. The winner of the women’s 5k was an impressively fast 12 year old who ran 5k XC in 18.48. I think we will be seeing more of her! 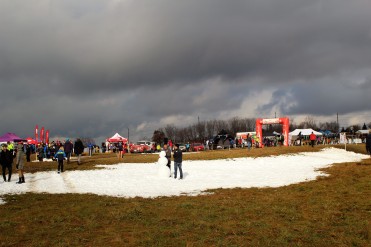 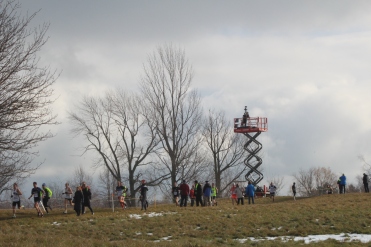 Our race was 4 loops of a twisty 2k loop which was hillier than you would expect. The course was all on grass which was pretty torn up but they had actually had volunteers out the day before and they had shovelled almost all of the snow off the course. As I was hanging around at the start Tony Nobel who I ran cross country with in High School came over to say hello. We have not seen each other since we ran in high school. He also remembered the after party in Vancouver! 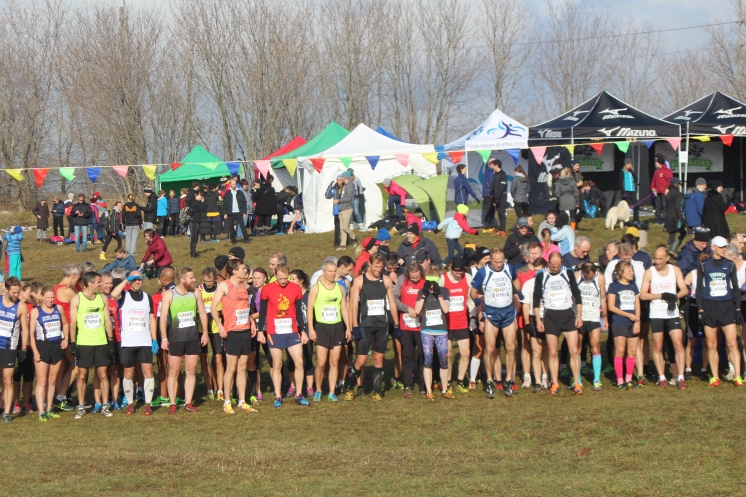 The masters men and women ran together and it was a big field. I started back from the line because I knew I was not one of the faster runners and I was not sure how rough the start would be. It turns out that masters runners are pretty polite and the course was wide enough for passing so it was a very smooth start. 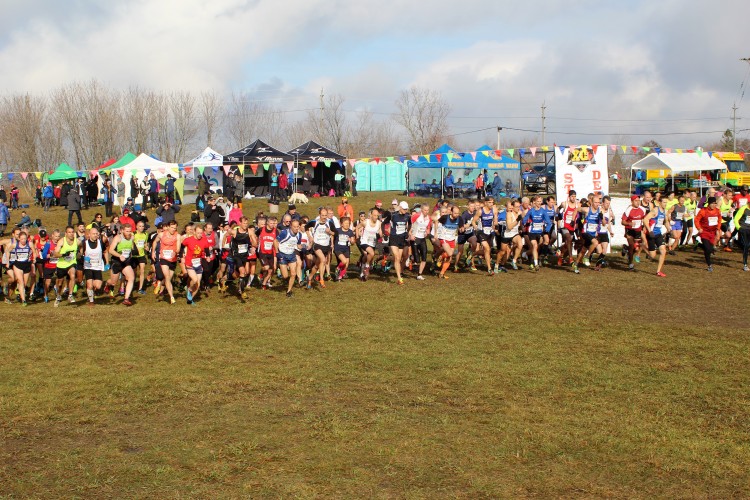 I had forgotten just how tough cross country courses are and even though I started towards the back I ran the first lap way too fast. I was running at road running speed. At the 2k mark I knew what I had done but it was too late. I just hung on for dear life for the next 3 laps which were all slower than the first but pretty consistent. My fears came true when I was lapped by the top two (maybe three) runners. In my defence the winner was under 26 minutes for 8k. I am told there was a great shot of me being lapped on the online video coverage!

I was running in Salomon Speedcross which are much better than road shoes but I was still sliding and I took the muddier turns wide. It was painful and I can’t remember the last time running was that tough. Lessons learned: don’t underestimate XC and next year (I do plan to go back next year) buy spikes!